From hosting local film festivals, to showing rare and older films, Nitehawk Cinema is the perfect place for movie enthusiasts. Located in Brooklyn, this is the first movie theatre to not only be licensed to serve alcoholic beverages in the state of New York, but also the first theatre in New York City to offer tableside food and drink service. Though its two locations may be fairly small, Nitehawk's following continues to grow.

With knowledge of the theatre becoming more widespread around New York City and the US, I created an identity system that is easily recognizeable as well as flexible amid the ever changing lineup of film showings. The system is simple in color, visuals, and type, relying more on the pairing of wordplay and imagery in order to be more quickly adaptible. This strategy allows Nitehawk to delve into the rich history of cinema, giving the theatre plenty of room to play with language and media platforms.

The experience that Nitehawk offers is truly unique. Because there is such a large range in the types of films shown on its screens, and such an emphasis on movies many in the public may have never even heard of—or at least, that younger people may not have heard of—it seems that the main audience are cinephiles that already know a thing or two about film. As a result, the identity system is very focused on rewarding its loyal followers and fostering a somewhat underground, in-the-know community. 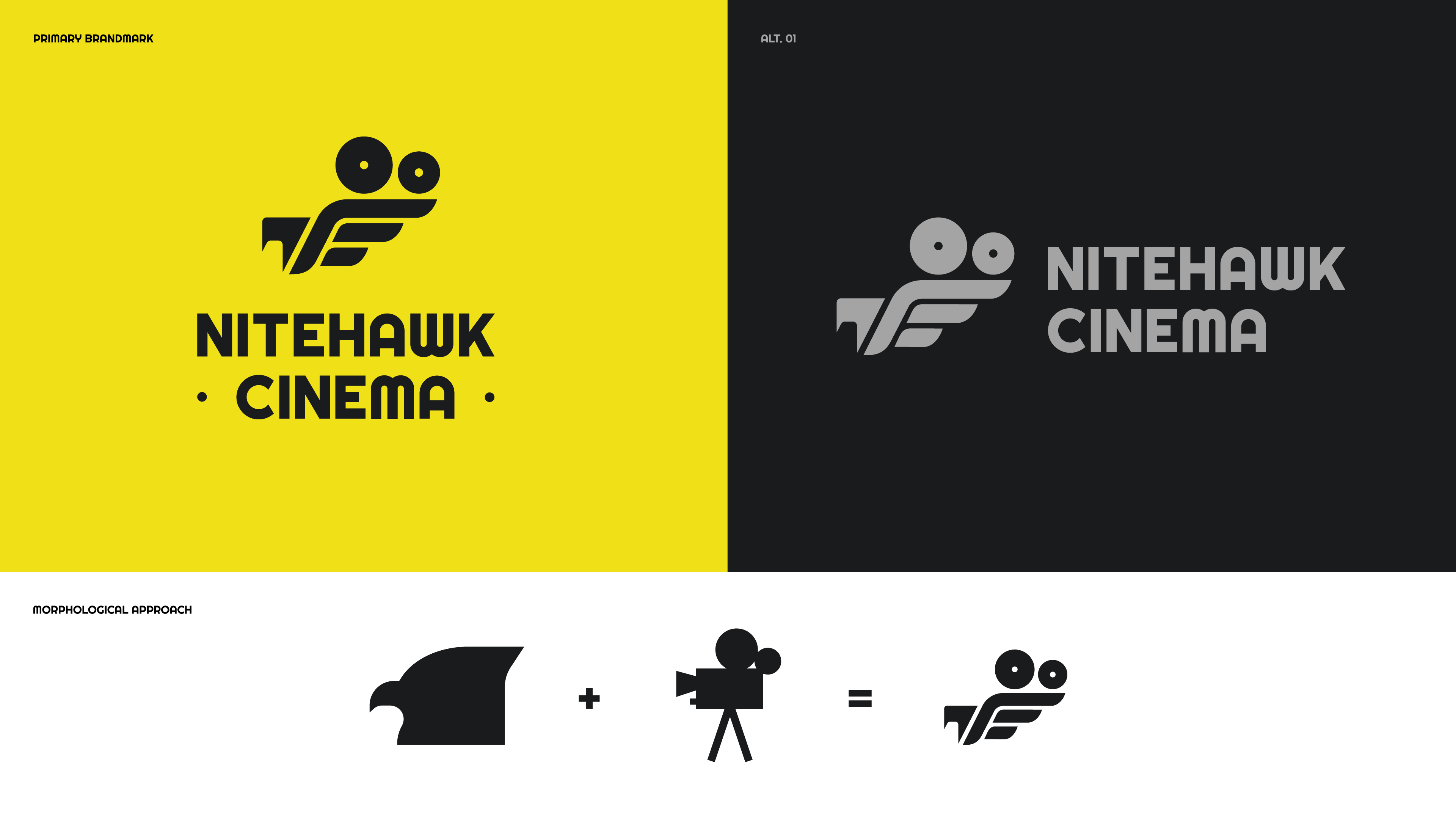 Nitehawk boasts a quirky selection of food and beverage options, ranging from hamburgers to breakfast cereal. For special screenings, the menu even changes to offer items related to the chosen film. 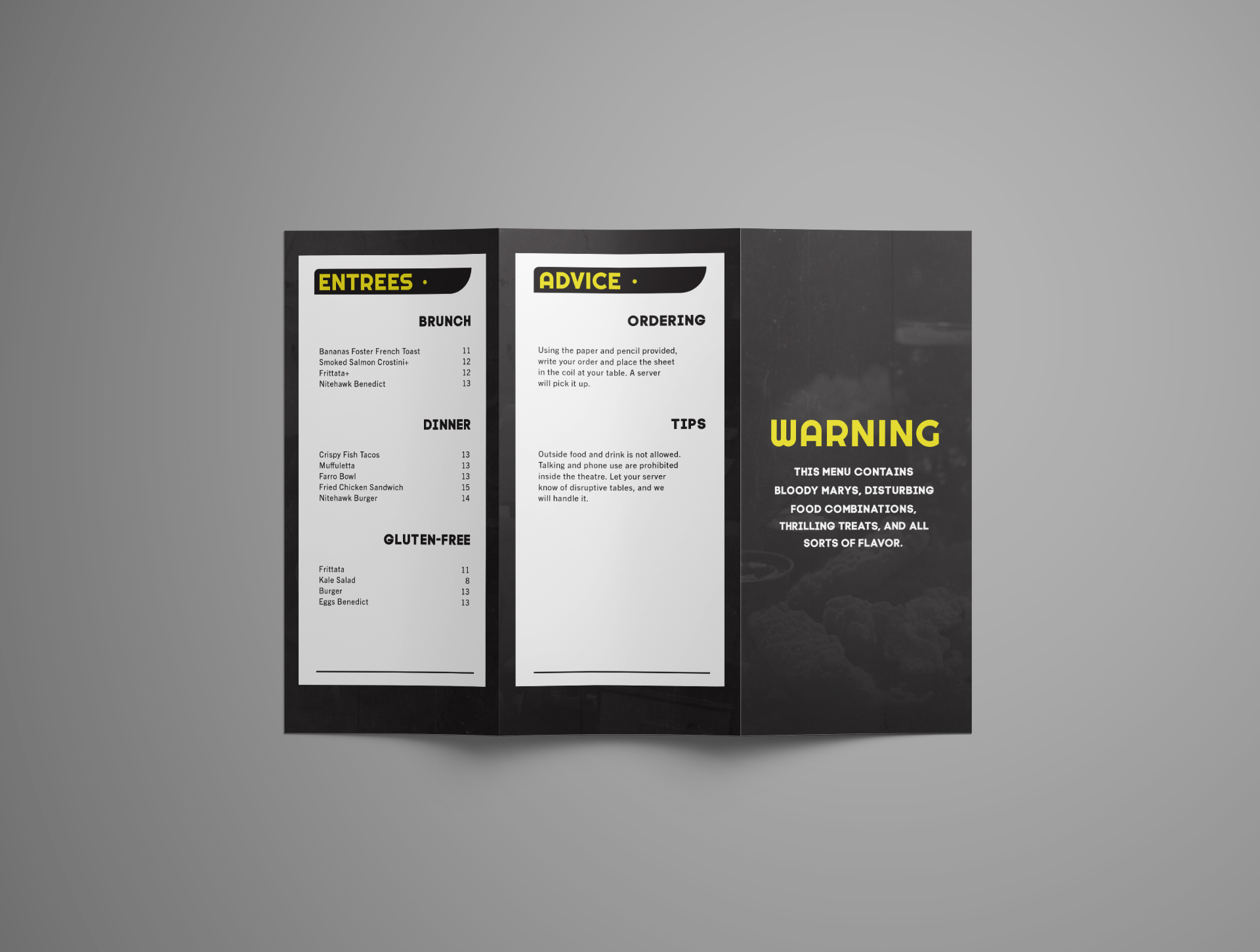 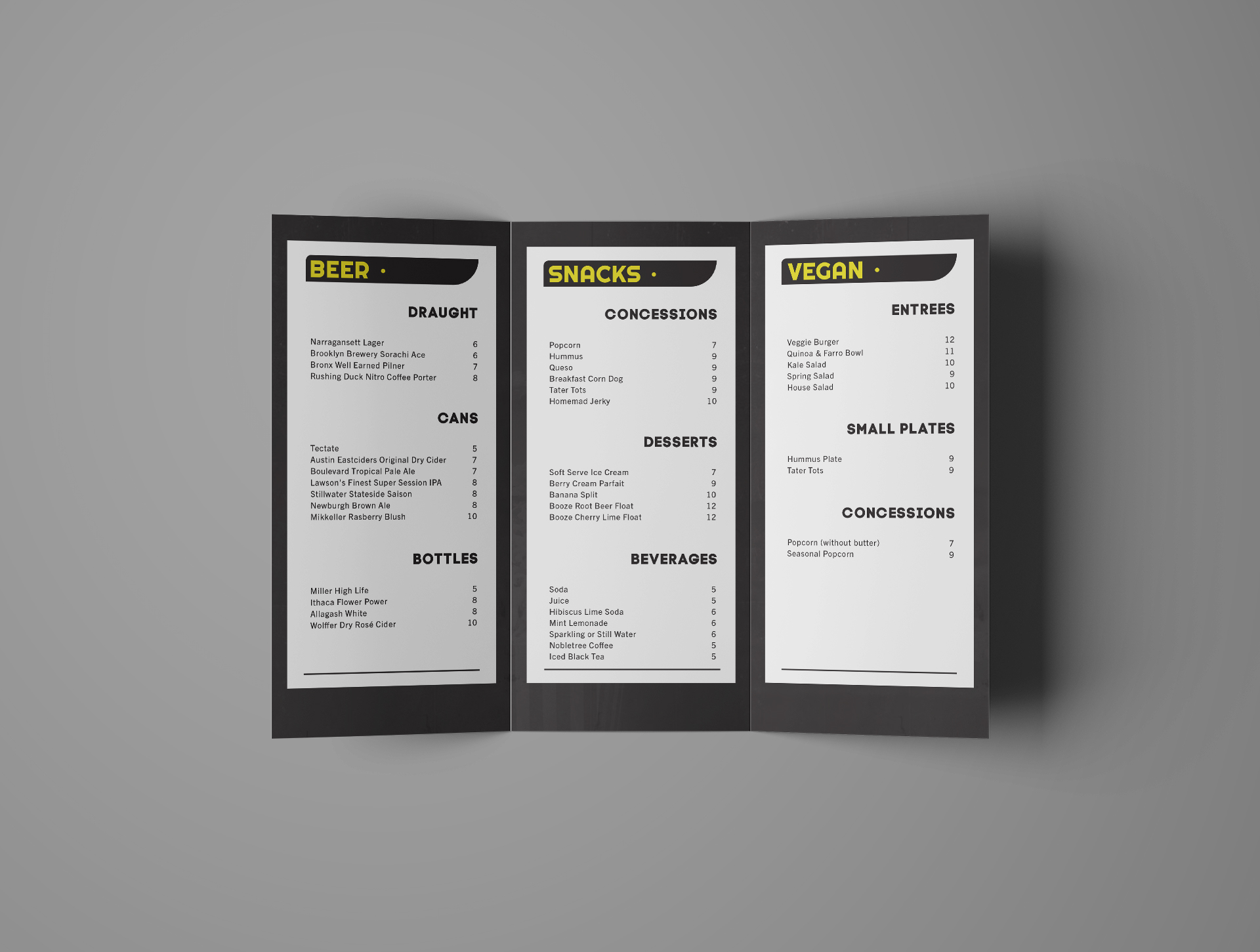 Even if you don't plan on seeing a movie, you can still stop by Nitehawk's Lo-Res bar to grab some food and drinks. 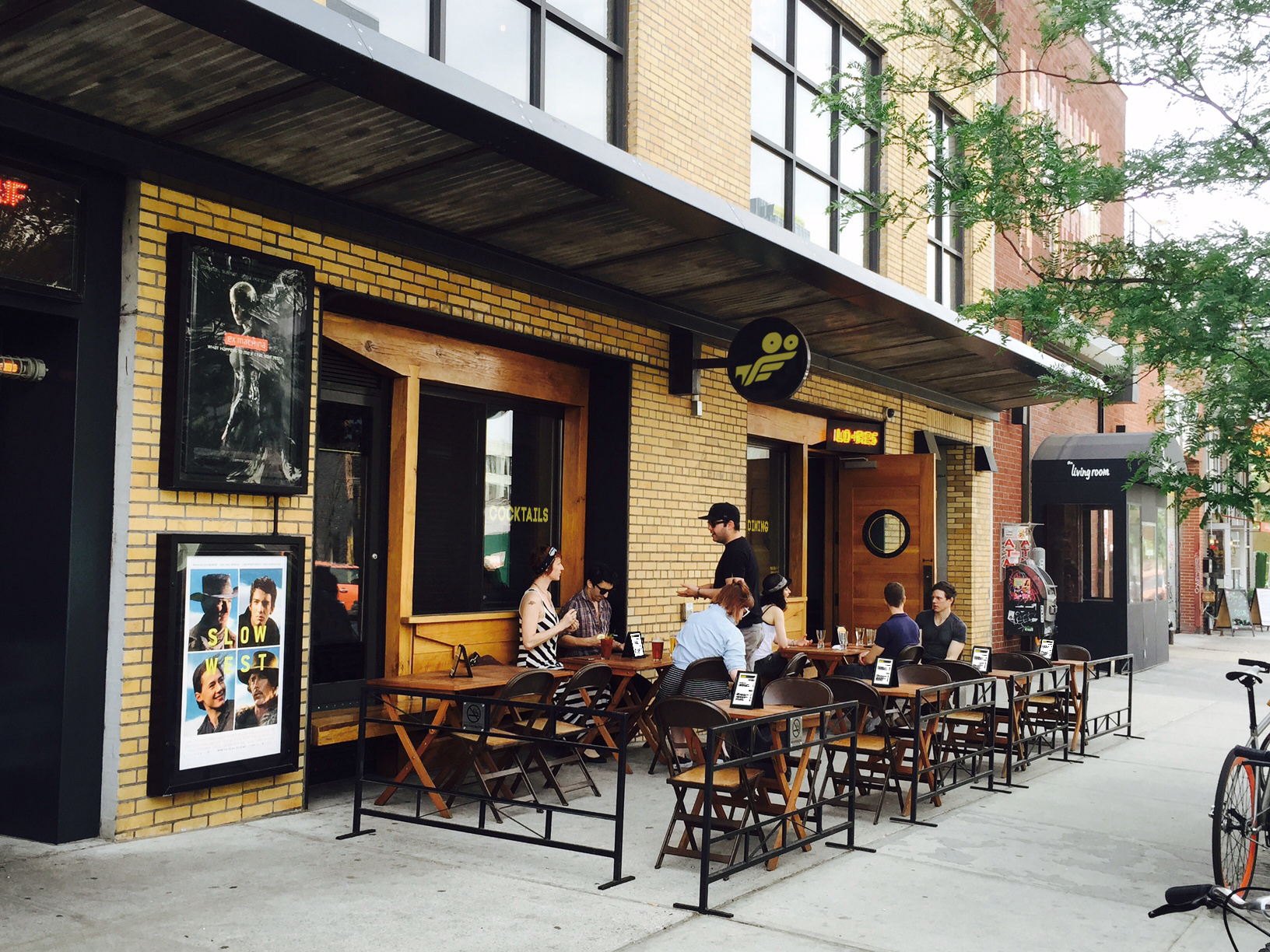 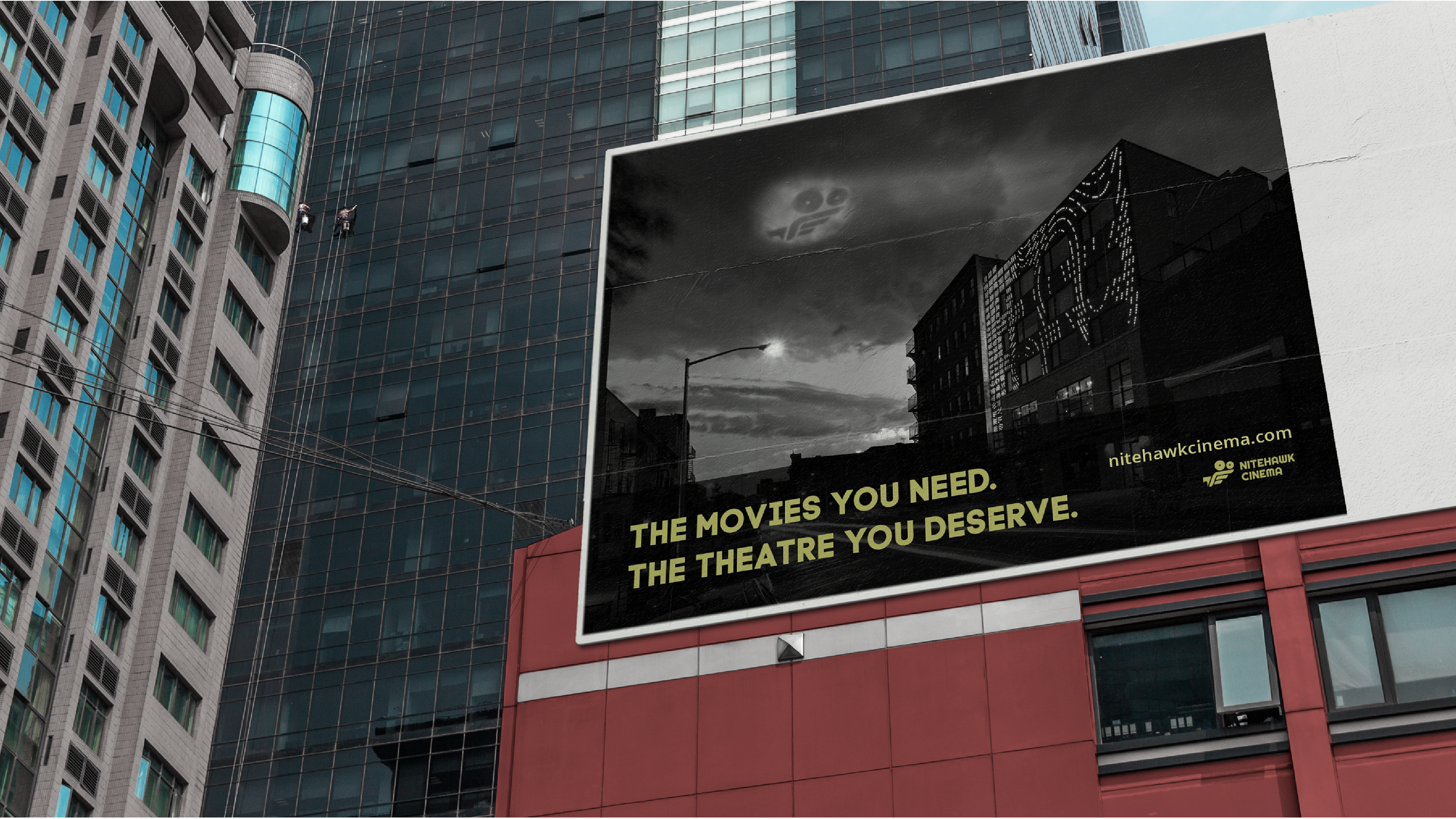 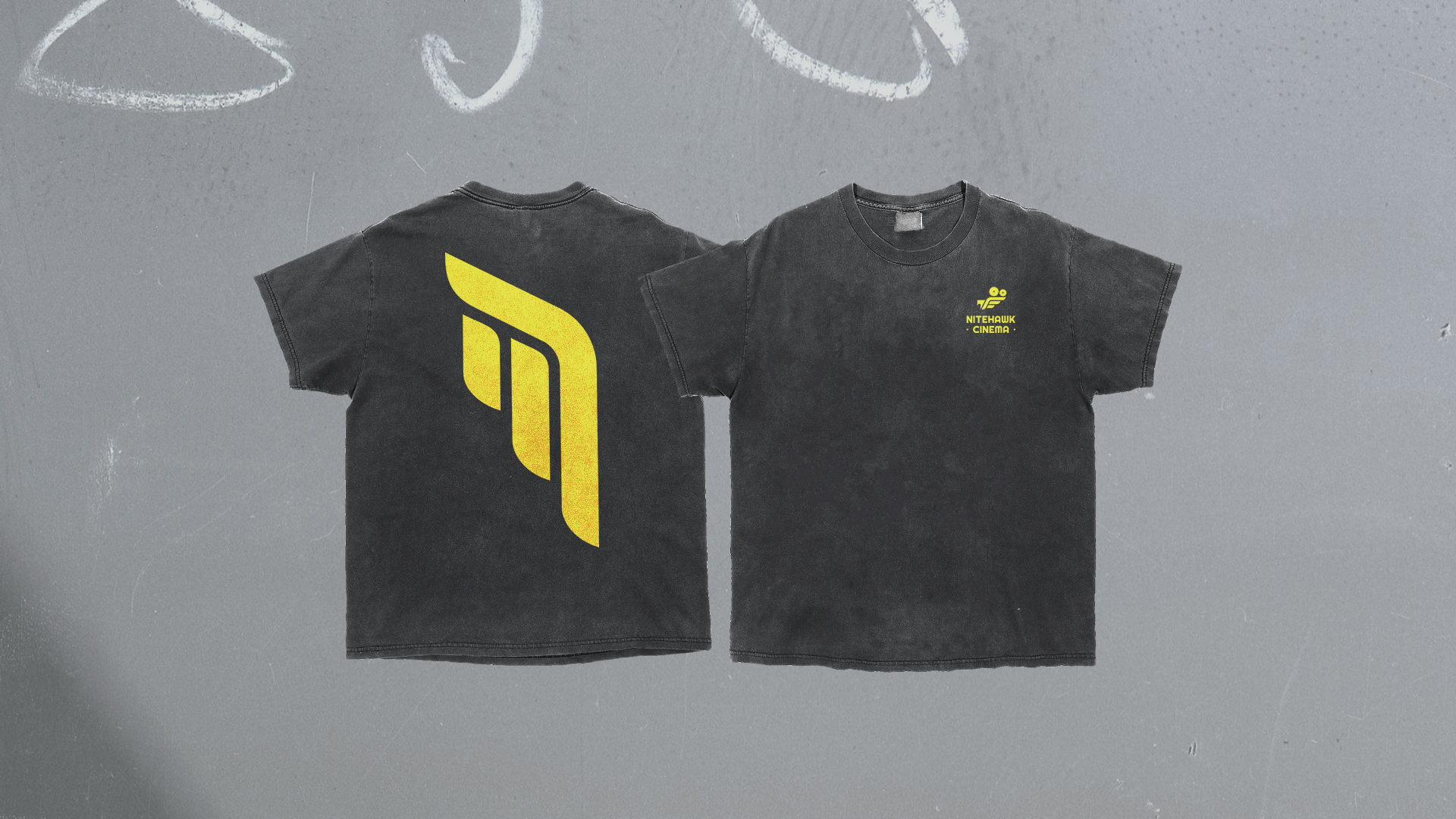 Frequent visits are generously rewarded at Nitehawk. The rewards program is split into four levels, and is based on the number of visits rather than points. Visitors can sign up and redeem rewards on the theatre website. 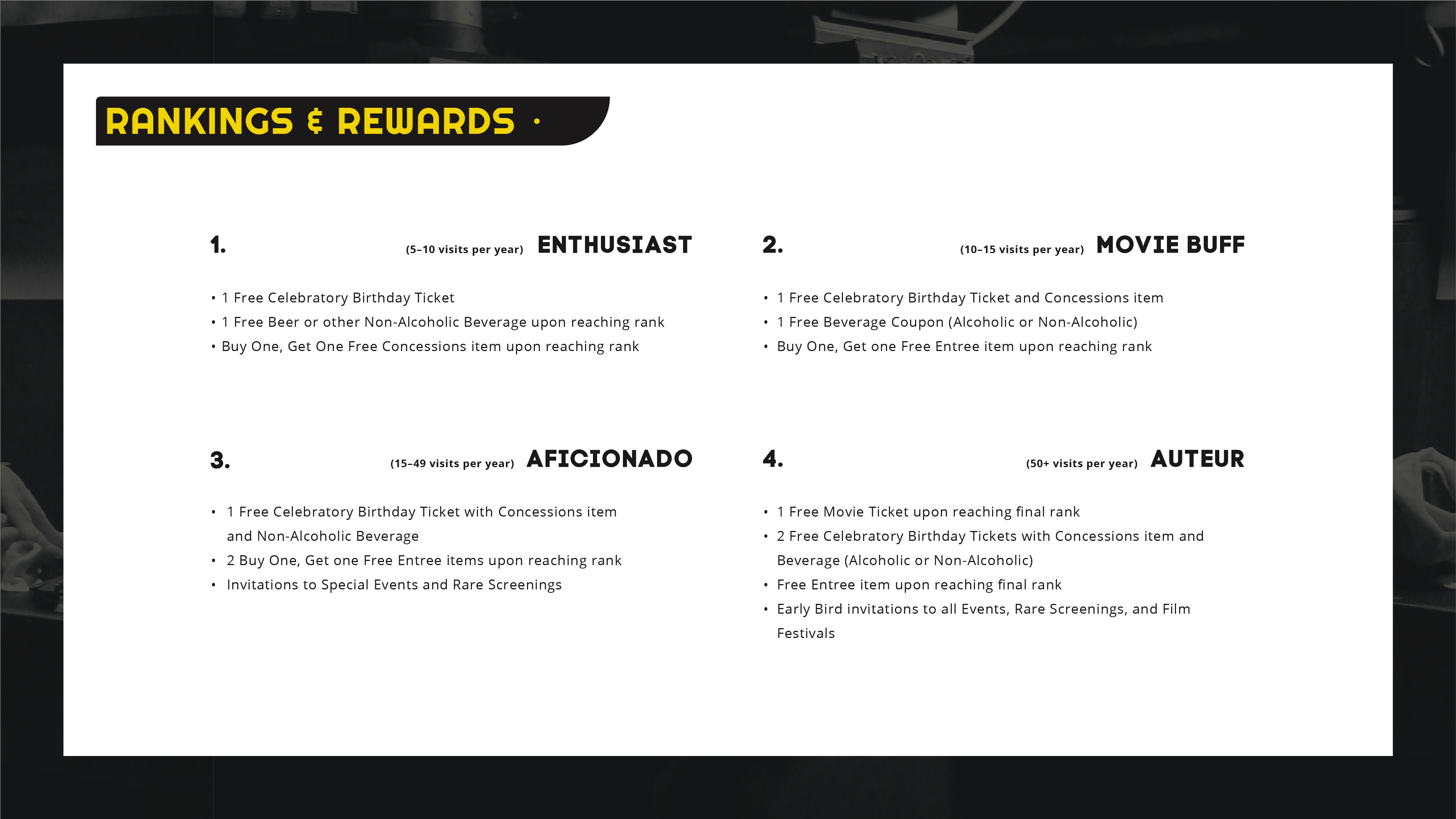